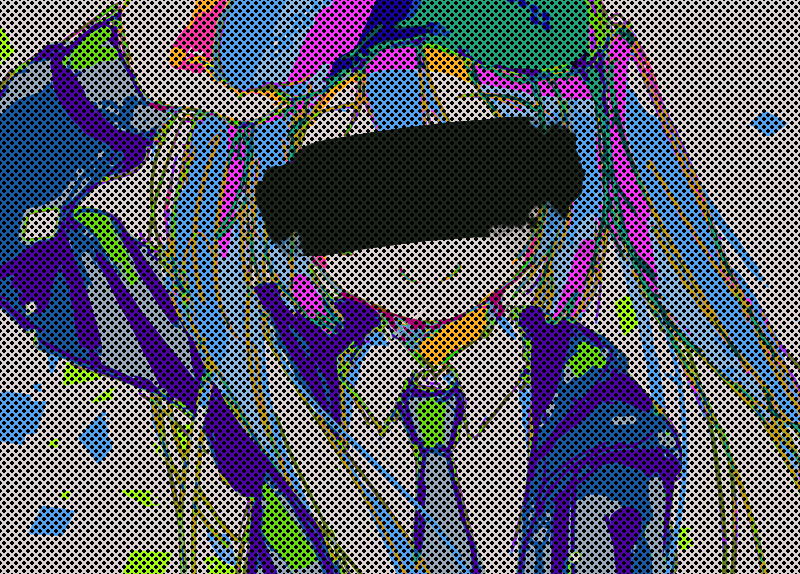 Life as a university student, life as an underground music producer, life as a patient suffering from mental illnesses, life as a man who doesn’t know what it feels like to be loved so cannot love anyone properly, life as a man who hates his home country because of the corrupted government and all the hates he received from over there. There would be so many words and titles that could describe me, such as ‘robotic engineer wannabe’, ‘scientist wannabe’, ‘illustrator/animator wannabe’, ‘designer wannabe’, ‘musician wannabe’, ‘journalist wannabe’ and “A dreamer who cannot make those dreams to come true by any chances”.

I was very unwell recently. I had serious headaches, stomachaches and nausea. I felt extremely dizzy as well. I couldn’t work on anything today even though there were tonnes of things I had to work on. There was nobody who could help me here so I couldn’t have any meals or see a doctor today. I was feeling so sad and angry at the same time, so I kept crying like a baby, looking for a mother, after waking up. Of course, my mother is not here. So I gave my parents a phone call after feeling a bit better, so they could be worried about me less and hear me clearly. They weren’t saying much, just simple as “We can’t help you”, “If you do not graduate within a year, there will be no further support”, and “Whether you fail or succeed, you won’t be our business after that and whether you live a poor life or die after when you fail is just purely your problem” and such. Well, those are true, I can’t deny it. But I wonder why I feel like I had a big disappointment as if I was expecting some supportive comments. And yes, they also didn’t forget to mention that I should stop complaining about my depression and other terrible situations and stop wasting my time and money by seeing a psychiatrist for an antidepressant prescription. Since all my hobbies, study efforts attempts to step out from my suffering and others were just jokes and a waste of time and money in other viewpoints and I cannot handle all those blames and guilts from so many people including my parents and haters, I’m planning to quit everything. I honestly don’t think I can improve anything, whether it’s my overall situation or mental health.

I had to think. I had to figure out at least one achievement that I successfully made in my entire life. not any small achievements like “successfully making a mimic of an autonomous vehicle using 2 DC motors and InfraRed sensors included in a teaching aid kits and installing a custom-made code using A* Algorithm”, “Started making music after self-teaching without having professional knowledge and achieve 9000 plays on Spotify”, “Made a copy of a TV remote for home TV using microcontrollers” and “Successfully got attention from a company that makes a teaching aid kit by making a creepy looking humanoid figure inside somewhere of the uncanny valley which says something”, and “Operating a web server that no real people visit but tonnes of bots try to brute-force so they can post their spam messages and malicious scripts”. Did I really have any achievement that others might worship and adore? Did I really make something so great so I could get some respect? Absolutely not. I’m just a student who failed some units at university because of stupidity, that’s what I am.

I always wanted to figure out where everything started to go wrong. Because problem-solving is sometimes like puzzles, things can be easily fixed when there are certain patterns or causes of issues. However, this was not the case when I made attempts to fix them. First, there were too many things giving me problems. My father’s cancer? Checked. The terrible childhood that traumatised me? Checked. A group of haters that came from the community claimed itself as a “Vocaloid fandom” and sent me full of hateful comments and threats. Checked. My duty as a South Korean man forces me to work for the army of South Korea for at least 2 years, which is known for its terrible environment and suicide incidents caused when people were attempting to conceal it. Checked. I can list out thousands of the factors that make my life go from bad to worse, while I cannot really find a single reason why I really should continue living. Am I happy with my life? No. Is there anyone who cannot live without me? No. Is there anyone who has the potential of killing themselves after my death since they loved me that much? Ladies, if you love me that much, just let me know and I can even marry you because you have no competitors.

I want to know. Am I even allowed to live a happy life? People would say that I did not put enough effort, make any proper noteworthy investments, understand anything but overreact to everything, and would force me to stop making complaints. Those people will bring the results of the work that I made and tell me that I was only being lazy. Sure, I understand that hard effort can alternate and overcome certain challenges and obstacles towards achievements at certain degrees and results would be the thing that matters the most, as that is how everything changes, and I cannot deny the fact that results matter a lot as I also blamed some people for bringing the absolutely wrong results by handling materials in the wrong way at some stages. The problem is that I am not an optimist capable of autohypnosis so I could always say I am okay and make repetitive attempts after a number of failures until my entire body physically wears out. I am not asking people to put the intention of events on the priority higher than those of results, what I am asking for is not underestimating or completely ignoring the background stories and challenges that every individual might have, and to try to be nice when offering alternative solutions or attempting to persuade someone. There might be people who would not listen to anything, but at least I consider myself an individual who always tries to make proper communications with others when there are no threats or aggressions shown.

“You might not have achieved any academic rewards but you might have entitled yourself to something good”, someone might ask. Let’s face it, do you think 211 subscribers on YouTube, 30 followers on Spotify, 114 followers on Twitter and some random piles of garbage would be a huge achievement that you would be proud of after years of effort? If you said yes, congratulations, you really are a skilful comedian as everyone will laugh at you. “Hey, god can save you”, a religious person might say. Are you sure? I used to be a Christian for a few years but I ended up not believing in god, the entire story of the bible and the events in churches gave me disbelief, distrust and resentment towards the ‘spiritual entities’ that people in religions worship, making me blame those entities for putting me into multiple challenges and confusions without making any vivid pathways or solutions or giving me the strong mental strength to keep myself rational, so no matter how many times I donate blood or money or take actions for huge improvements, I would go to hell for encouraging disbelief towards god. So yes, I have nothing.

Enough time for complaints. I am happy to quit and give up, being a man full of failures and waiting for death, having a big death wish. I understand that what I write out does not matter to any degree in public and nothing will change. I am not powerful enough to change the world, and I never will be. However, with the slightest hope, I chose to follow the guidelines of what I can do at the current stage; I will stop taking antidepressants, and keep drinking energy drinks to do most of my studies, disregarding the capabilities of myself graduating successfully. The potential of dying from overwork is not the problem that gives me concerns; I already have a death wish anyway. I still chose to keep the plan of taking the sleep study as the psychiatrist suggested, who knows if I can find the clues of having issues with my sleep management other than depression and caffeine overdose so I can give myself a bit higher chance of managing my tasks? Even though I doubt it.

Thanks to all those supporters and friends online. I really appreciated your support. Even though the number of you was very small, it made me a bit happier for a short amount of time. Due to the nature of my current situation, I will have to stop being active as a Vocaloid producer or any format of content creator online and stay silent. The disappearance might be my goal due to the nature of my current situation. And… now maybe I should say goodbye. We might see each other again, but I wish there was no story afterwards. No funeral, afterlife, rebirth, heaven or hell myths, and gods.

I hope everyone stays safe, healthy and happy. Please do not become an individual like me, the man hated by so many people who has no skills or talents and suffers from a lot of things. May the fortune be with you.

One Reply to “Diary, letter, and a message”